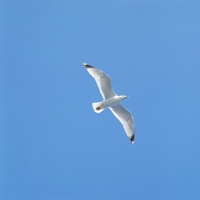 A couple from Eastern Canada, who must have been fighting on the plane trip into Campbell River, because when I picked them up a the airport they were not talking to each other or me!

I made arrangement to take them fishing later that day.

While in the boat, there was very little conversation, and I could feel the tension. The wife spent most of her time looking out the opposite side of the boat from him. The fishing this particular afternoon was slow– just what I needed! Finally, “Fish On!” it was a scrappy 12-14 lb Chinook on his rod.

Just when I thought things were looking up the hooks pulled out right at the net. Now they looked really down. As I was rigging up a new bait, I was thinking to myself, how am I going to break the ice with these people and get them talking to each other and enjoying a good time. After he had lost his fish, he threw his hat to the bottom of the boat exposing an almost bald head.

Circling over head, interested in the bait I was rigging, was a seagull. This seagull decided to relieve himself and it landed directly in the center of my guest’s bald head!!!

The wife lost all control, she was laughing so hard she had tears in her eyes and was rolling around in the boat.

We went on to have three more days of good salmon fishing, good conversation, and plenty of laughs. I now look at seagulls through a different light! 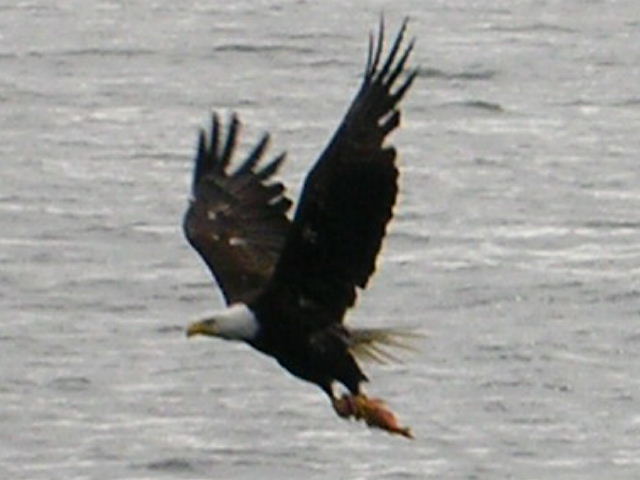 He is a big man, 240-260 pounds with a pan handle mustache and loves to smoke big cigars. He booked a charter with me and we used my open 17′ Boston Whaler.

While running back and forth to the fishing spots, my guest insisted on smoking his cigars, which meant I was constantly having cigar ashes blowing into my eyes and hair (just one of those things guides must grin and bear). On the second day out, my guest was fighting a 6 pound Coho with light gear when he insisted on me lighting his big cigar that was hanging from his mouth.

After following his request, the Coho decided to make a run towards our boat. He lifted the rod tip to try and take up slack when the tip of his cigar touched the monofilament just about the reel seat — everything let go!!!!

He didn’t give up….this guest has fished with me every year since and has never smoked a cigar in the boat. We often re-live this story and have many laughs!

Here are the Tall Tales you’ve been hearing about. Stories of our amazing adventures on the water.